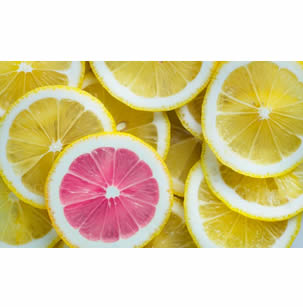 Because of the feelings it produces and due to its popularity within the Colombian culture and idiosyncrasy, the reality competition EL DESAFÍO is known by almost all of us. This fact was confirmed by the Colombian Trademark Office who, within the opposition process against the trademark application DESAFÍO CANCERBERO + GRAPHIC, recognized that the well-known character of the trademark EL DESAFÍO in International Class 41 on behalf of CARACOL TELEVISIÓN is such that if the registration of the DESAFÍO CANCERBERO + GRAPHIC is allowed, the consumers would be misled over the business origin of the services and therefore denied the registration of such sign.

Thus, in this final judgment CARACOL TELEVISIÓN survived once again the attempt of third parties to register a similar trademark to its well-known reality, conquering the territorial challenge on its recognized sign EL DESAFIO and with this the applicants JAIME ALEJANDRO BARRIENTOS POSADA, DAVID OSPINA RAMIREZ, ANDRÉS DAVID SALDARRIAGA CARDONA and BREINER CLEMENTE CASTILLO CAICEDO of the trademark DESAFÍO CANCERBERO + GRAPHIC were sent to “playa baja” (low-beach) for trying to register a sign similar to a well-known one.The fulfillment of the Colombian undertakings of the Free Trade Agreement with the United States of America, had us in the Priority Surveillance List.

However, once the Law 1915 of 2018 concerning Copyrights matters, was issued we complied with most of what was pending matters and Colombia was moved to the lower level of surveillance, recognizing the advances on the protection of intellectual property.

One of the main elements in which Colombia has moved forward is the alignment with the United States concerning the notice-and-take-down applied by internet providers.

There are still matters to be solved, such us on line piracy and anticounterfeiting regulations.

Nonetheless, we are closer to a complete set of policies and rules that would allow us to have a better protected Intellectual Property system.

If you would like for us to implement protection strategies for your trademarks, contact us at our email: tum@tumnet.com

Intellectual property, Litigation
PrevThe final judgment in which Caracol Televisión won the challenge
When the numbers speak, the discussions endNext