The fruit of discord 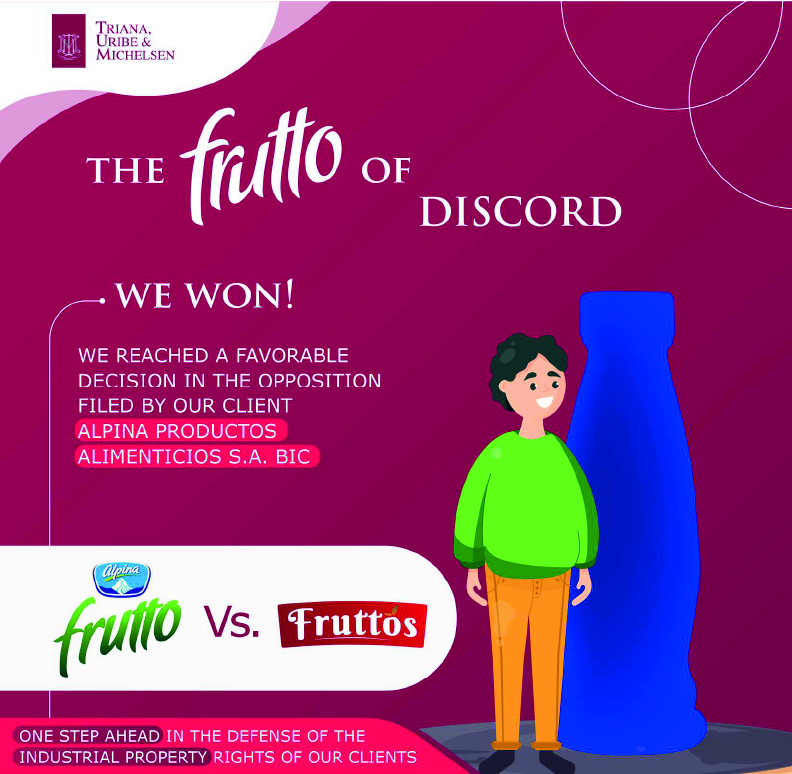 Alpina argued that consumers could come to think that, due to the similarity of the two brands, they are from the same company.

Ci Agroindustrial Logistics Operator Ola S.A.S. filed with the Superintendence of Industry and Commerce in order to register the Fruttos (Mixed) brand to distinguish products included in class 29 of the Nice International Classification, which denotes fruit pulp, frozen fruit preserves and frozen fruits.

Taking this into account, Alpina pointed out that consumers could consider that it is a sub-brand of the previously registered sign and for this reason they could think that the products come from the same company. This, he added, would cause Alpina to suffer a dilution of the representative force of its signs, since Alpina Frutto is one of its most recognized brands, taking into account the notoriety that has already been granted to it.

Within the term granted, Ci Operador Logístico Agroindustrial Ola S.A.S. did not respond to the opposition, so the SIC decided to develop the registrability test based on the above arguments.

After its analysis, the Superindustry found that the signs are similarly confusing, since their grammatical and phonetic structure is similar, making the requested sign reproduce a relevant part of the one already registered, without having additional elements that give it any distinctiveness. On the other hand, the signs also have a competitive connection, to the extent that they present a substitution relationship. “The

For the due protection of personal data and its intangible assets, write to us at tum@tumnet.com